Plant a tree in memory of Sharon
An environmentally-friendly option 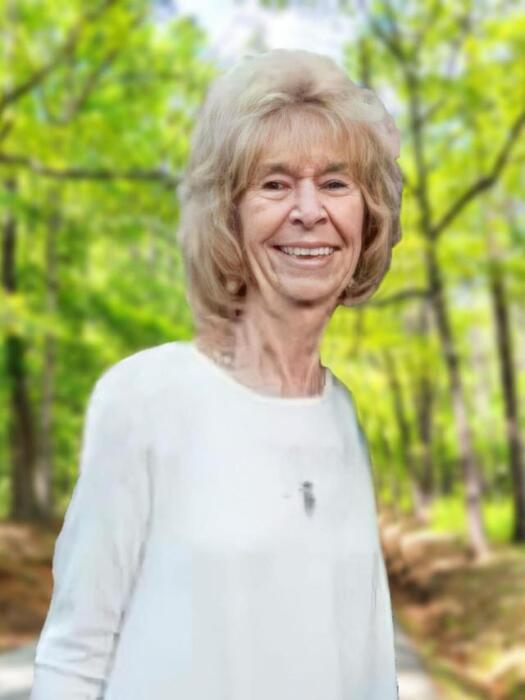 Sharon Faskas was born in Douthat, Oklahoma to James and Cora Jane Melton on October 27, 1940. Sharon was their last child following her sisters Betty and Patricia and was dubbed Babe and that nickname stuck for all her life. While still in High school she met and married Jimmy Baker, they were blessed with three children, Donald, Greg, and Bruce. After a number of years the couple called it quits, and Sharon began her new adventures as a Real Estate Saleswomen and office Manager for Bisbee Realty Inc. She held this for a few years, then she reunited with second husband Paul Faskas, so it was natural that she loaded up her and her boys and they all relocated to Riverside County, California. After the boys were about grown, Paul was killed in an airplane crash and Sharon stayed for all her boys to finish school and start their lives, returned to Bisbee to again start her long list of adventures and achievements.

Over the next twenty years or so she was a large part of the community, she was involved in many charities and was secretary for the Douglas Chamber of Commerce, manager of the Bisbee YWCA, also helped run the YWCA thrift store. She was instrumental in helping the new apartments restoration at the YWCA and the management after they were finished. During all this time she was a continual comfort to her children and the eight grandchildren and six great grandchildren and they all stayed in contact almost daily during her last days, weeks and months and all fondly called her Gam. The many nieces and nephews were always on her mind also. Sharon went to be with her Lord and Savior on June 6th 2021.

Survivors include her sister, Betty King (Russell), her three sons: Don, Greg (Sylvia) and Bruce (Kristine), and all 14 grandchildren and great grandchildren.

The family would like to thank Valor Hospice for their wonderful care and especially Annette and Michelle for the tender care they displayed during this trying time.

Plant a tree in memory of Sharon by clicking here.
To send flowers to Sharon's family, please visit our floral store.

A service summary is not available

Plant a tree in memory of Sharon
An environmentally-friendly option

Plant a tree in memory of Sharon

1 tree planted in memory of Sharon

I have many fond memories of Sharon growing up in Bisbee. Our friendship dates back to elementary school, high school, and all the years that followed. Although our adult lives took us on separate paths, we still remained in touch.
“Good friends make every day better. Good friends stay in our heart forever.” I will miss my dear friend, but her memory will remain in my heart forever.
My deepest sympathy to all the family.

A Memorial Tree was planted for Sharon Fakas

Plant a tree in memory of Sharon