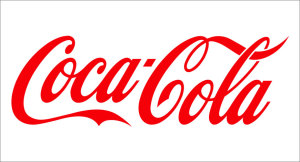 Mathew James Miller of Huachuca City, went home to be with the Lord on Friday, January 31, 2020 in Sierra Vista, AZ.

Mathew was born on September 2, 1982 in Phoenix, Arizona. He moved from Phoenix to Show Low, AZ when he was nine years old. He later graduated from Renaissance Academy in Show Low. In 2001, Mathew moved to Douglas, AZ and attended Cochise College and Truck Driving School. He worked for Rutherford Diversified Industries of Sierra Vista.

Mathew was preceded in death by his brother Charles Wesley Miller III, grandparents Bill and Judy Smith of Phoenix and Archie and Vickie Burkett of Douglas.

Mathew will be missed terribly.

I have fought a good fight,

I have finished my course,

I have kept the faith:

Henceforth there is laid up for

me a crown of righteousness,

which the Lord, the righteous Judge,

shall give me at that day:

and not to me only,

but unto all them also

that love His appearing.

To send flowers to the family or plant a tree in memory of Mathew James Miller, please visit our floral store.