Share a memory
Obituary & Services
Tribute Wall
Read more about the life story of LTC, William and share your memory.

William Franklin Lambert, 79, passed away on Thursday, January 5, 2023 following a brief illness. Lambert was born in 1943, the son of William E. and Elizabeth Lambert, and raised in the Phoenix area. William attended BYU with a brief interruption as he served a church mission in Brazil in the early 1960s. He completed his studies while also participating in Air Force ROTC.

William was commissioned as a lieutenant and began a 25-year career in the Air Force. While stationed at California, he met and fell in love with a stunning young woman. Soon after, William and Beverly Lambert were sealed in the Oakland LDS Temple and enjoyed the next 52 years together. As a part of his military service, William and Bev would live in various parts of the United States.

In 1980, William transitioned from active duty to the Air Force Reserves, eventually retiring as a Lieutenant Colonel. At the same time, William enrolled in the Gonzaga Law School in Spokane, Washington. Upon completion of his degree, he began practicing law in the central Idaho area. He served stints as Interim Nez Perce County Prosecutor and Assistant County Prosecutor for Idaho County, but spent the majority of his career in the Lewiston City Prosecutor’s Office.

Upon his retirement, he and Bev retired to Sierra Vista, AZ. While there, they were able to serve two additional senior missions, first in the Brazil North Area and secondly in Slovenia. William loved to read and was particularly fond of biographies and other historical nonfiction.

He is survived by his wife, Bev Lambert, his brother David, his sisters Elaine and Kitty Sue, his children Ryan, Clayn, Eryn, and Wyn, along with 14 grandchildren and one great-grandchild. In lieu of flowers, please consider contributions to local charities.

To send flowers to the family or plant a tree in memory of LTC, William Franklin Lambert, please visit our floral store. 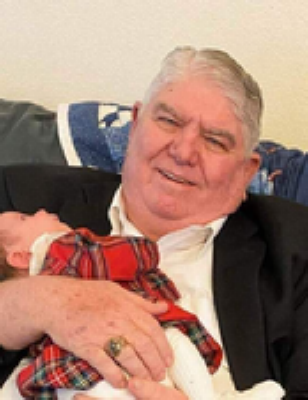