Share a memory
Obituary & Services
Tribute Wall
Read more about the life story of Julius and share your memory.

Julius Alfonso Rodriguez was born in Brooklyn, NY in 1960. He was the first son of Julio Rodriguez and Eladia Candelario. He spent his formative years in The Bronx, NY attending PS 35 and JHS 143.  He made his first Holy Communion at St. Angela Merici church in the Bronx where Julius was also an altar boy.  He also was a member of the neighborhood Cub Scouts and Boy Scouts.  Julius loved music and dancing as taught to him by his father.  As a teenager, he attended Truman High School in Co-op City, Bronx. Julius was an excellent athlete and won many awards and trophies in baseball, football and basketball including MVP (basketball) for the Police Athletic League, MVP City Wide (baseball) in NYC, MVP (basketball) for JHS 143, MVP Boys’ Club (basketball), MVP Starrett City (basketball), Morrisania Boys Club Champion (football), and Boxing Champion for the Morrisania Boys Club.  After attending high school, Julius was employed as an account executive for various prestigious organizations such as AT&T and Comcast.  He also worked as an Operations Manager for Walmart and Amazon. Additionally, Julius held the position of paralegal at a top law firm in Maryland.  He was employed in several cities including Oakland, CA, Washington DC, New York, NY, Phoenix, AZ, San Juan, PR, and Sierra Vista, AZ.  Julius is survived by his mother, Eladia Arnim, his ex-wife Cathy Blankenship, his daughter, Briana Rodriguez, his son Brandon Rodriguez, his stepson Jonathan Camden, his brothers Felix and Harry Rodriguez, his nephews Antonio and Justin Rodriguez, and his stepfather John Arnim.  Julius passed away peacefully at home in Hereford, AZ with his family by his side on January 9, 2023.  The visitation will be at Sisto Funeral Home in the Bronx.  The funeral for Julius Rodriguez will be celebrated at St. Lucy’s Church in the Bronx and he will be buried at the Gate of Heaven cemetery in Hawthorne, NY.

To send flowers to the family or plant a tree in memory of Julius Alfonso Rodriguez, please visit our floral store. 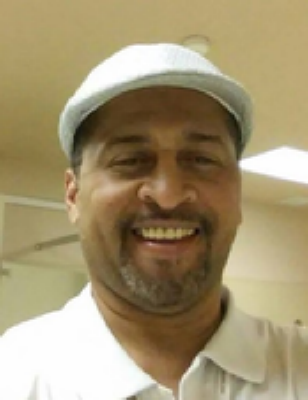 You can still show your support by sending flowers directly to the family, or by planting a memorial tree in the memory of Julius Alfonso Rodriguez
SHARE OBITUARY
© 2023 Hatfield Funeral Home. All Rights Reserved. Funeral Home website by CFS & TA | Terms of Use | Privacy Policy | Accessibility