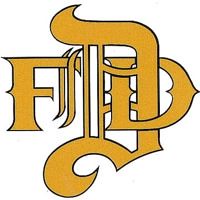 Leroy passed away on December 4, 2019 with his wife Joann by his side. He was born on October 9, 1939 in Westminster, Colorado to Orta and Ernest Thoming. Lee attended South High School in Denver and served 4 years in the U.S. Navy where he was deployed to the middle east and the far east.

Before moving to Sierra Vista in 1999, he spent 37 years serving on the Denver Fire Department, retiring as a Captain. His last assignment was the Captain in charge of the four firehouses at Denver International Airport.

Lee loved living in Sierra Vista. He was an arbitrator with the Cochise County Superior Court and worked the polls during the Bush years. As a dedicated member of the 1200 Club, he served as Treasurer for three years and was President for one year. Lee served as a volunteer for the Fire Pension Board for the City of Sierra Vista from August 1999 to September 2002.

An avid cyclist, he rode in five El Tours and three Cochise Classics. Lee loved to travel and visited South America and Australia with his wife. His favorite U.S. city was New Orleans.

Lee leaves behind Joann, his loving wife of 30 years. He had two sons, Steve and Kerry from a previous marriage with three grandchildren and eight great-grandchildren.

As per his wishes, he was cremated and will be interred at the Southern Arizona Veteran’s Cemetery near Fort Huachuca. A celebration of life for this wonderful man will be planned at a later date.

To send flowers to the family or plant a tree in memory of LeRoy "Lee" E. Thoming, please visit our floral store.