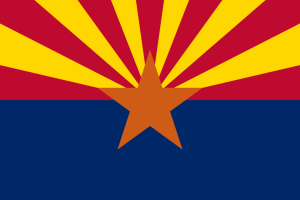 Danny Kay Ham of Sierra Vista passed away peacefully on Thursday, October 31, 2019 surrounded by his family at home. Danny, son of the late John R. and Effie M. (Miller) Ham was born in Douglas, Arizona on July 7, 1945. Raised in Morenci, Arizona he graduated from Morenci High School and received his Associates Degree from Cochise College. Danny served his country with the United States Air Force during the Vietnam War attaining the rank of Staff Sergeant. Danny entered Arizona Highway Patrol (AHP) Academy Class 13, on March 16, 1969. Upon graduating he began his career with what is now the Arizona Department of Public Safety (DPS) in July 1969. Danny was assigned to Sierra Vista, where he served until 1975, when he transferred to Phoenix to join the Cadet Training staff. During his tenure in Training, Danny was the Counselor and Staff Officer for classes 26 through 34 and ending with ALETA 64 in 1980. In those ten classes, approximately 325 Officers were trained by Danny. He was promoted to Sergeant in July of 1980 and assigned to Gila Bend, where he served until October 1981, transferring back to Sierra Vista. He was both a Squad Sergeant as well as Administrative Sergeant for that District until his official retirement on August 1, 1998. He resided in Sierra Vista for the past 44 years and was a member of the First Baptist Church. In addition to his parents, Danny was predeceased by a grandson, Seth. He is survived by his wife Cheri L. (Ferguson) Ham; a son, Michael V. Ham (Amy); two daughters, Danelle C. Poe (Michael) and Crystal D. Ham; two brothers, John J.R. Ham and Jerry D. Ham; two sisters, Dolores Gatlin and Deloys Crawford; four grandchildren, Andrew, Myranda, Joshua and Evan. Charitable, tax-deductible contributions can be made in Danny's name to: AHP/DPS Museum 2102 W. Encanto Blvd. Mail Drop 1160 Phoenix, AZ 85005 email: ahpdpsmuseum@gmail.com <mailto:ahpdpsmuseum@gmail.com>

Family and friends are asked to attend funeral services for Danny on Thursday, November 7, at First Baptist Church, 1447 South 7th Street, Sierra Vista at 11:00 a.m. A reception will follow at First Baptist Church at 12:00 p.m. Rites of Committal and Interment with Military Honors will follow in the Chapel of the Southern Arizona Veterans Memorial Cemetery, 1300 Buffalo Soldier Trail at 2:00 p.m. (limited to family and a few guests due to restricted size of interment area).